I have tried all of the noise reduction software and Topaz DeNoise has always been the best (there are a few programs equally good at reducing noise, but they also reduce detail and result in a less sharp albeit less noisy photo)

Today Topaz is releasing Topaz DeNoise 6, an updated version of their noise reduction software, complete with new features. As always, the update is free to anyone who already owns DeNoise. And for those who don’t own it, DeNoise 6 will be on sale ($30 off!) from February 24th – March 20th. coupon code "NOISEFREE" to take advantage of the discounted price of $49.99 (regularly $79.99). 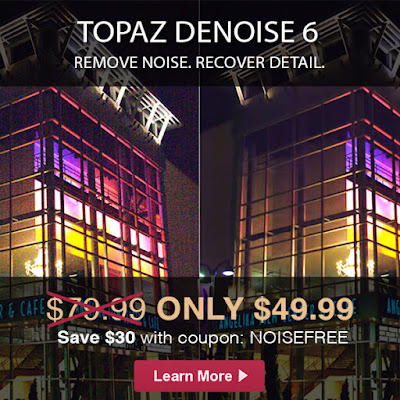 Topaz DeNoise is designed to let you shoot anywhere in any light and still get crisp, clear and noise-free images. Specializing in extremely noisy high ISO images, DeNoise removes distracting image noise while preserving image detail, giving you the image you wanted without the noise you don’t. 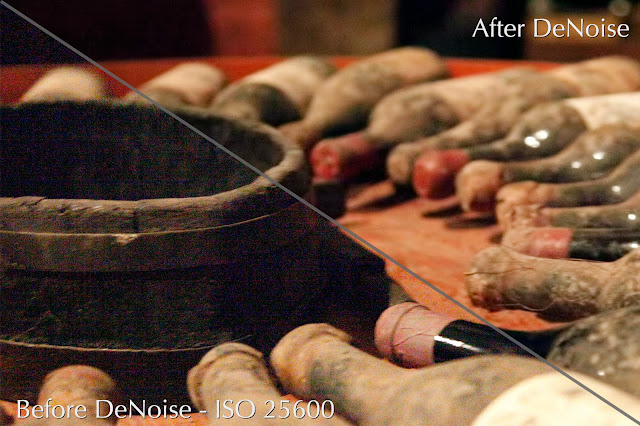 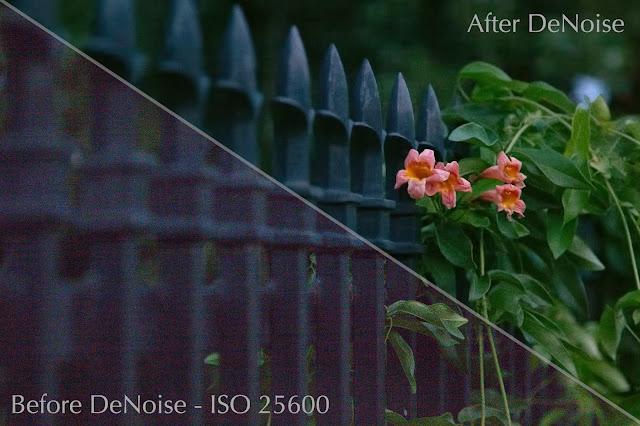 • Standalone Application - DeNoise 6 now works as a standalone product and doesn’t require a host editor to work. Although it can still be used as a plugin through Photoshop, Lightroom, and other supported host programs.
• Camera Specific Presets - DeNoise 6 introduces dozens of presets based on various camera profiles, with multiple ISO presets for each camera.
• Batch Processing (in standalone mode only) - DeNoise 6 introduces batch processing, allowing you to process a whole folder of images at once. That means no more need for Photoshop actions! Note that batch processing is only available in the standalone version, not the plugin version.
• Support for High DPI (4k) monitors in Windows 7/8/10 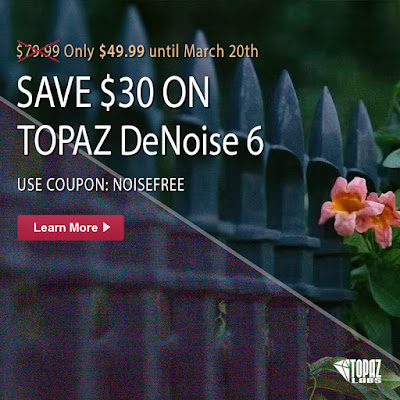 http://tinyurl.com/topaz-denoise6
Posted by Lisa and Tom Cuchara at 2:53 AM