How I did it -- HDR panorama of a Railroad MailCar

Here are two similar images that I created -- one in 2014 and the other in 2019. You just have to love advancements in technology, tonal range, and post-processing!! And what took me a couple of DAYS to create in 2014 took me about 20 minutes in 2019! Read the descriptions below... 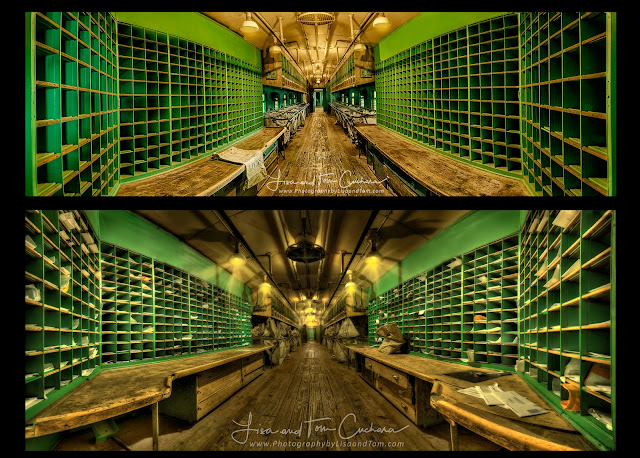 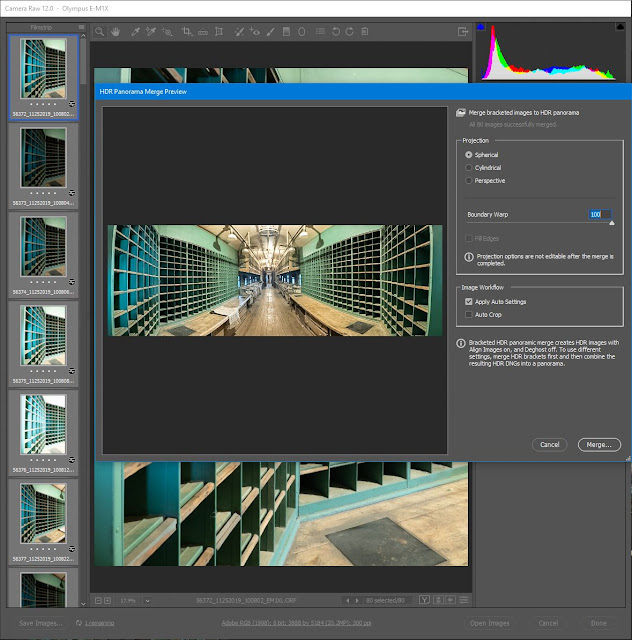 2019 edit, all images opened in ACR, merge to HDR-panorama, DNG file saved,
then boundary warp to get rid of the jagged edges 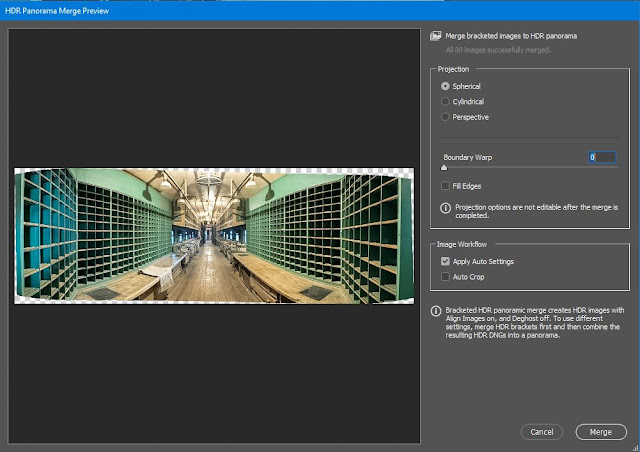 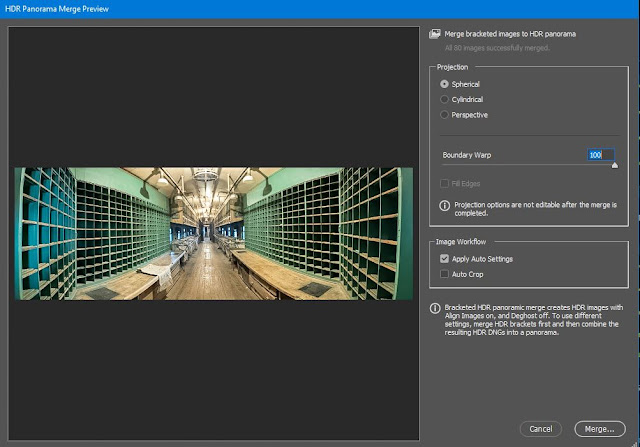 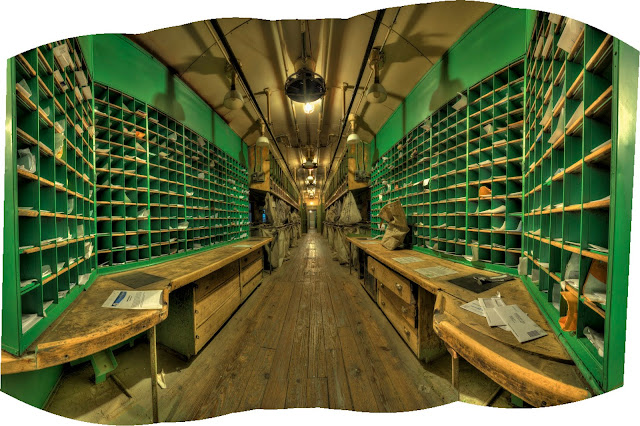 2014 version, boundary warp not invented yet. I had to crop and clone significantly.

Posted by Lisa and Tom Cuchara at 11:32 AM No comments: